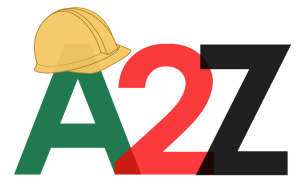 I have not written a blog post recently as the team takes turns to update you all about the going-ons. I am afraid this latest one from me is a little negative but I think it is worth discussing the problems to ensure improvements can be made for future years.

The past few days on-site have been problematic. Funding issues caused by bank transaction delays have resulted in reluctance from the contractor to progress works as they are yet to be paid and thus there is little money available to allow for the purchase of materials. As a result, the programme of works is behind schedule. We plan to revise the programme tomorrow to account for said delays in the hope of achieving a critical path suitable to ensure completion prior to our departure. In the future, we plan to request funds well in advance of payment to ensure a similar issue does not occur as banks over here are much slower then in the UK.

We have found the general workers on our site will advance slowly when not under the supervision of their foreman, very much similar to in the UK. Whilst the team were away in Livingstone, progress was delayed further as the contractor failed to supervise the site. Upon arrival on-site today we were made aware that the general workers hadn’t been receiving their lunch – this is part of their working requirement and thus today when no lunch appeared they refused to work. Fraser and I decided to provide lunch to ensure some progress was made, so as not to waste another day. To eliminate this occurring again, a meeting was called between ourselves, the contractors and an OYDC representative to rectify the situation for tomorrow.

Several services have been found at the site that we were unaware of prior to starting works. As built drawings were requested in the initial design stage to check for them. We were told that there were none and OYDC representatives confirmed to the team that no services ran below the site regardless. However upon excavation we have found that this is not the case with a water pipe and two electricity cables found. In the future, before beginning any works I would perform a CAT scan to check for these regardless of the information told. I regret that this was not performed and would advise that one be conducted for all future projects.

On a more positive note:

I remain optimistic that the project can still be completed, despite the delays, within the timescale discussed.

It is also worth mentioning that in the past few days we successfully taught several of the men on-site how to survey. Teaching them how to do this gave me a great sense of accomplishment and joy. I was extremely chuffed when one of the men suggested I become a teacher after I had asked if he’d understood. It was great too when I heard him explaining my instructions back to the other men – it really showed he understood and it was great to see his excitement at learning a new skill. By the end of that day several of the men had been taught having quickly picked up the skill and were keen to help the following days whenever the staff appeared.